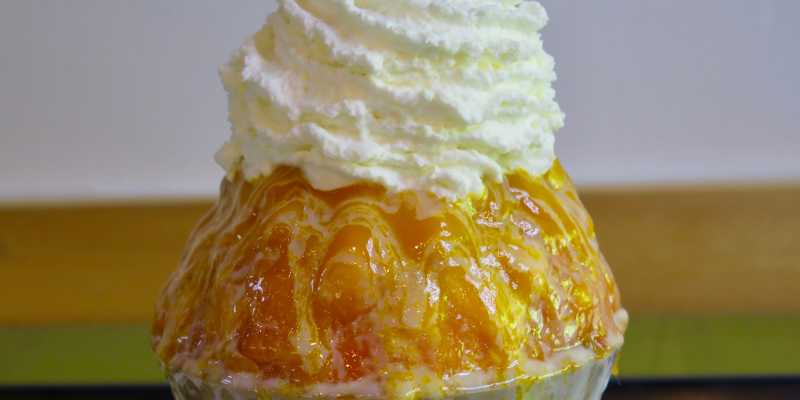 There’s no doubt a sweet, icy treat is the best way to cool down, and in Richmond, there are so many options available—whether you’re looking for some ice cream or want to try a new flavour of bubble tea. Today though, we’re focusing on Bingsoo, a delicious Korean dessert.

WHAT EXACTLY IS BINGSOO?

Bingsoo (or Bingsu) is made of finely shaved milk ice that’s just slightly different from a traditional bowl of shaved ice. Instead of freezing a block of water, Bingsoo is made up of milk, sugar, and condensed milk all frozen into one big block, and then finely milled down into a soft, fluffy, snow-like texture. This ‘snow’ is then transferred to a bowl and layered with various toppings such as freshly cut fruits, and piled high with more toppings, whipped cream, vanilla ice cream, and condensed milk.

Richmond is home to three great spots to enjoy Bingsoo—each with a bit of a different take on the traditional Korean dessert. Read on for details!

Snowy Village first opened their doors to the Richmond dining scene back in 2016 and quickly became a favourite for locals. As the first bingsoo dessert café to open in Metro Vancouver, people were naturally curious about this new dessert, which meant long lineups and wait times to get a taste. With more cafes available to choose from now, you won’t be waiting as long to get a bowl of this fluffy shaved snow dessert—instead, you’ll just have a hard time picking a flavour to try.

The injeolmi is a popular flavour. Sweet, chewy rice cakes (similar to Japanese mochi) are scattered over the snow, with sweet red beans and a dusting of sweetened soybean powder added on top. There are also plenty of fruit options—we love their fresh mango bingsoo, which mixes just the right amount of tartly-sweet mango with creamy, fluffy snow ice, making this one of the top choices at Snowy Village.

Jack Frost offers up two different flavour profiles of bingsoo: Sweet Snowfall and Fresh Snowfall. Sweet Snowfall offers more traditional flavours, like chocolate Oreo, tiramisu, a banana split option, or a traditional injeolmi (Korean rice cake) red bean flavour, whereas the Fresh Snowfall flavours focus on fresh fruit offerings such as wild blueberry and honey melon delight. And if you’d like, you can top off your bingsoo with a slice of delicious cheesecake. That’s right—desserts on desserts!

But there are even more desserts to try. Jack Frost Café also features Dippin’ Dots (tiny beads of ice cream) on their menu, in flavours such as banana split and cotton candy; as well as a variety of cakes and cream puffs. @jackfrostcafe

Much like the others listed above, Sulmida brings a variety of bingsoo flavours to the table—and will occasionally swap out flavours based on the season. Try the sweet red bean bingsoo or the injeolmi bingsoo, or go for an option like yogurt berry, mango and banana, or chocolate brownie (which is topped with brownie, premium vanilla ice cream, sliced banana, oreo cookies, almonds, and chocolate sauce).Complement your bingsoo with other menu items such as injeolmi (Korean rice cake) toast or lava bread (with molten lava fillings such as green tea or strawberry).
@sulmidarichmond