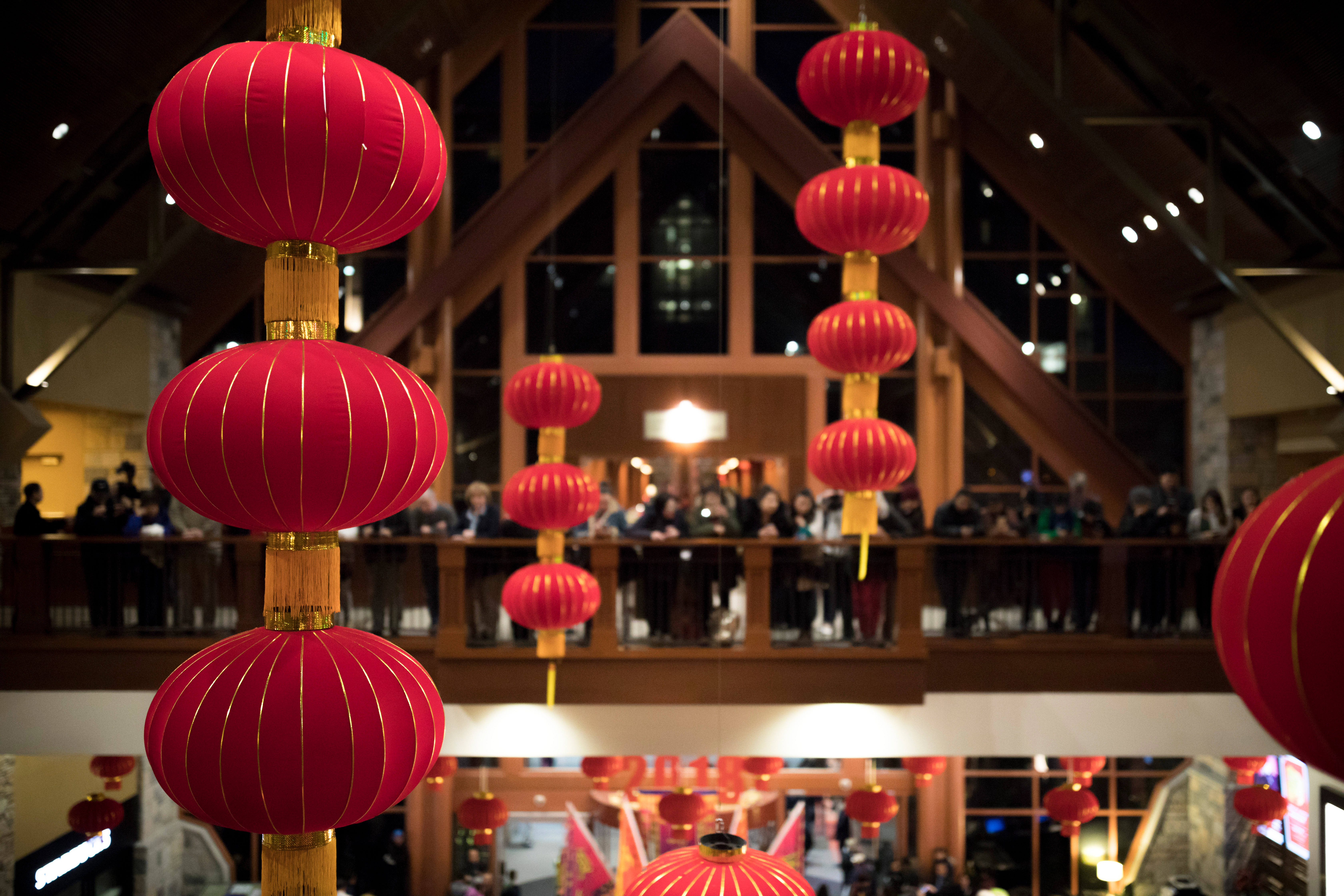 With the Year of the Rabbit about to kick off around the world, Richmond is once again at the heart of Metro Vancouver’s Chinese New Year celebrations. There are some great events to dive into around the city––and many of them are family-friendly as well as low cost or admission-free. Also known as Lunar New Year, the official date is January 22, but some festivities have already started while others take place later in the month.

What’s it All About?

Traditionally, the Chinese calendar’s lunar celebrations run until the 15th day after the start of the New Year. And the festivities are not just a China-only affair: lunar revelries take place in many parts of Asia, including Taiwan, Malaysia, Singapore and beyond. Family is a huge part of the celebrations, with relatives typically gathering to mark the happy occasion with sumptuous feasts. In Chinese astrology, the tender rabbit symbolizes hope, peace, prosperity and longevity.

What Will I See in Richmond?

Shimmering red and gold decorations adorn the city throughout the New Year period, especially at malls, temples, restaurants and stores. Plan ahead, and you can also enjoy colourful and kinetic lion and dragon dances, along with other fascinating cultural performances. You will also find pop-up flower markets selling festive items, many of them with special symbolic meanings.

What’s on at Aberdeen Centre?

Always a magnet for Chinese New Year fans, Aberdeen’s popular Flower & Gift Fair is already underway. Running daily until January 22, you’ll find stalls selling treats, decorations and toys, as well as festive plants and flowers. On January 21, the mall will stay open past midnight for its televised New Year Countdown, complete with cultural performances, high-spirited crowds and the all-important onstage blessing from the Chinese God of Fortune. Return the next day for the 11am Golden Dragon and Lion Dance in the mall’s Outdoor Courtyard plus additional indoor performances throughout the afternoon. On the afternoon of January 28, the mall will host further performances to mark the New Year. All events and activities are free.

What About the Other Malls?

CF Richmond Centre is also pulling out all the stops to celebrate the Year of the Rabbit. Look for vibrant, selfie-ready decorations around the mall, and don’t miss the special live music on Fridays and Saturdays until January 28 (5pm to 7pm Fridays; 1pm to 3pm Saturdays). The biggest celebrations at Richmond Centre are on January 29 (from 11am), including lion dancing, a God of Fortune appearance, an eye dotting ceremony, live music, children’s activities and more. All events and performances are free. You can also expect similar Chinese New Year happenings at Richmond’s Yaohan Centre and Lansdowne Centre.

Just a few steps from Canada Line’s Bridgeport Station, River Rock Casino Resort is once again hosting a Blessing Ceremony and Lion Dance in the lobby of its swish facility. From 5pm on January 22, a colourful array of energetic dancers will duck and sashay before the crowds to mark the Year of the Rabbit. And if you’re wondering what’s in store for you over the next 12 months, you can also enjoy a charity fortune reading here for a minimum donation of $20. Available from 8:30pm to midnight on January 22 and also on January 26, proceeds will support the BC Children’s Hospital Foundation.

Anything Else for Families?

Richmond’s Gateway Theatre is marking the Year of the Rabbit with a special Family Fun Lunar New Year Celebration on January 21. There are two time slots available (10am to 11:30am and 1pm to 2:30pm) and this kid-friendly event includes a live reading of the new Bun Fun New Year audio play; the chance to learn some rabbit-themed dance moves; and also the opportunity to try cool Chinese New Year craft activities. Tickets for this event cost $8 (fees included). The audio play is the first of a new Gateway series entitled A Year of Blessings, which will focus on Chinese festivals and will run throughout the year.

Several local landmark temples and monasteries have traditionally celebrated the New Year with special public events. Some have scaled back these events in recent years, but Ling Yen Mountain Temple­­––located on No. 5 Road (aka the Highway to Heaven)––will be offering its Ringing the Bell blessing ceremony this time around. From 9:30pm to midnight on January 21, the complex’s giant bell will resonate to ring in the New Year, encouraging wisdom and spiritual reflection for the time ahead. Visit their website for event details.

Families traditionally feast together for Chinese New Year. And with such an extensive and authentic Asian dining scene, Richmond’s restaurants are often at their busiest during this auspicious period. You’ll find multi-course menus at many local restaurants serving dishes filled with symbolic meaning­­––including dumplings (said to be shaped like ancient Chinese money) and golden fruits, which reputedly symbolize fullness and wealth. Planning your own Year of the Rabbit banquet in Richmond? Book ahead, especially for larger groups.